Join 131 other subscribers
Follow The Open Road Ahead on WordPress.com

After a quiet weekend last week, the past few days have been action-packed. Yet again returning to the Jersey Shore, DH and I explored one of the Garden State’s most famous beach resorts. Before I describe these new adventures however, there are a few news items that I wanted to share first.

First, sadly, this past week saw the passing of Joe LoCicero, best known as “Million Mile Joe.” Joe gained renown for driving his 1990 Honda Accord sedan 1,000,000 miles on its original motor. In fact, upon crossing the million-mile threshold, Honda gifted Joe with a new Accord to see him to the next million miles. I would have liked to have met Joe and shared a cup of coffee with him, talking about his adventures and the places he has seen. You can learn more about Joe with this video, which was produced when his Accord only had about 973,000 miles: Million Mile Joe’s Introduction.

Second, I began this blog after reading and corresponding with two very cool people: Tyson of Drive to Five, who chronicled his drive to 500,000 miles in his 1994 Acura Legend coupe, and Josh of TSX Travels, who has been inching closer and closer to 500,000 miles in his 2004 Acura TSX. Josh finally broke the half-million mile barrier. and I certainly wanted to give him a mention! He works as an property damage appraiser and travels through Idaho and the surrounding states as part of his job. Congratulations to Josh!

Finally, some cool news from much closer to home. For many years, my Dad owned Hondas, his last being a 1994 Accord sedan. In the intervening years, he owned a succession of Nissan Maximas and Toyota Camrys. After two decades driving other vehicles, Dad has returned to the fold, purchasing a 2015 Honda Accord EX-L V6 sedan. When he showed me the car, he proudly exclaimed: “Now begins the Voyage of DS!” “Dad’s Sedan?” I asked, quizzically. Dad shook his head,”No. Darth Sidious.” Yes, my father, ever the consummate Star Wars fan, named his car after the Evil Emperor. I will have more to share in the coming months, as Dad suggested that I take his car for a weekend and do a special feature and comparison review- a challenge I immediately accepted, so stay tuned!

A friend from out of town came in for a visit this weekend, so after taking care of some errands near home, we departed for the Jersey Shore. Arriving down to Cape May on Saturday afternoon, we met up with some family members at The Lobster House, a veritable institution at the shore. In business for four generations, the Lobster House comprises a restaurant, a fish market, a raw bar (for oysters, clams, shrimp, crabs, mussels, and other seafoods), and a processing facility for a commercial fishing fleet that is anchored at the Lobster House’s dock. It’s quite an operation, and the food is terrific! 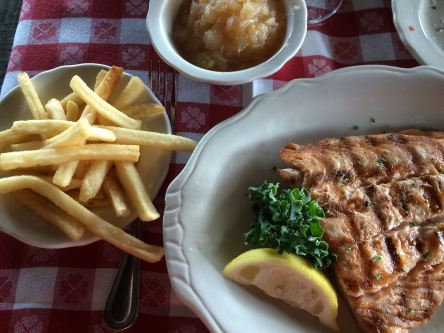 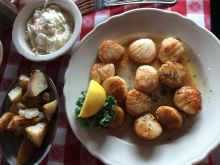 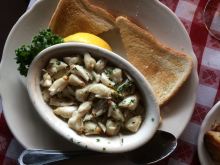 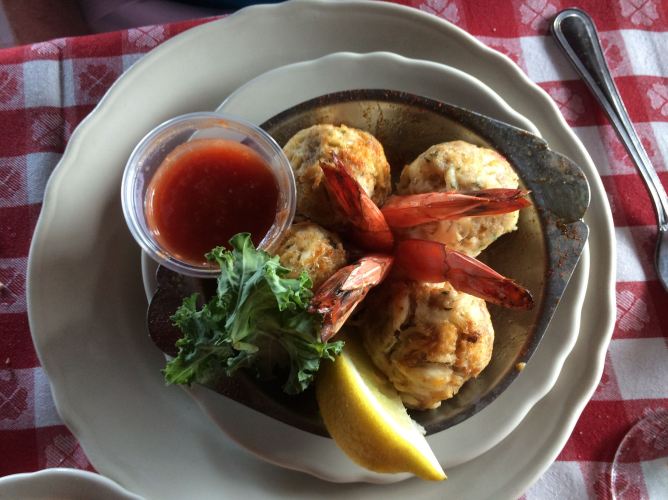 Sunday morning, after church, breakfast at Uncle Bill’s Pancake House, and a stroll through Cape May, we departed for Atlantic City, New Jersey. Incorporated in 1853, Atlantic City was developed from the very beginning as a beach resort. Atlantic City had the first boardwalk in the United States, which opened in 1870. A series of lavish hotels were built, and the city became a tourist destination for the nation’s elite. During the prohibition era, organized crime took root, as both gambling and alcohol were easily found in the city, despite both being officially illegal. Many are familiar with this era of the city’s history through the recent HBO historical drama “Boardwalk Empire.” More recently, in 1974, casino gambling was legalized in A.C., and this has fueled a latter-day resurgence of the city after a decline in its fortunes from the 1930s-1970s (via Wikipedia).

Thanks for coming along on another adventure in the Voyage of DH. Next weekend I have planned a very fun and interesting trip through four states. Be on the lookout for a new post next weekend. In the meantime, have a great week!

One thought on “And meet me tonight in Atlantic City.”